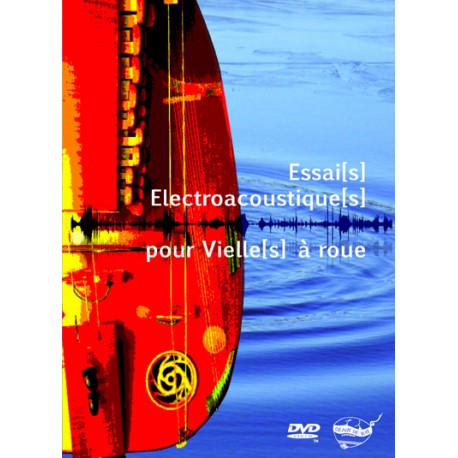 The DVD Essai[s] Electroacoustique[s] pour Vielle[s] à roue is both a musical piece of work and a documentary to discover for the first time or not the musical possibilities of the hurdy gurdy. It is proposed by The Cie Grain de Son and Laurence Bourdin. It was realized from live captures of the shows « Résonance » (piano, double bass, hurdy gurdy and electroacoustic composition), « Trio Hurdy Pop » and « Quatuor Hurdy Pop - Itinéraires » and from recordings of artists, instrument makers and elector-acoustical composers.

The hurdy gurdy is an instrument still little known despite its millenarian history, its different repertoires and its rich musical and creative potential. However, current possibilities for sound amplification and treatment have already shown that it is a real rhythmic and melodic instrument adapted to contemporary musical creation.

For nearly 20 years, the hurdy gurdy player Laurence Bourdin has performed old, current or multicultural music on the 4 continents for different groups (Vieillistic orchestra, Cie Montanaro, Cie Koubi, ARFI...). Thanks to these encounters, she began to explore musical capacities of her instrument, trying to find a contemporary composition for the performing arts. In 2006, she decided to create the Grain de Son company to promote and broadcast elector acoustic hurdy gurdy. In her creations, she mixes this instrument with poetry, audiovisual art and dance. All the artistic disciplines benefit from each other to find new sounds and writings.