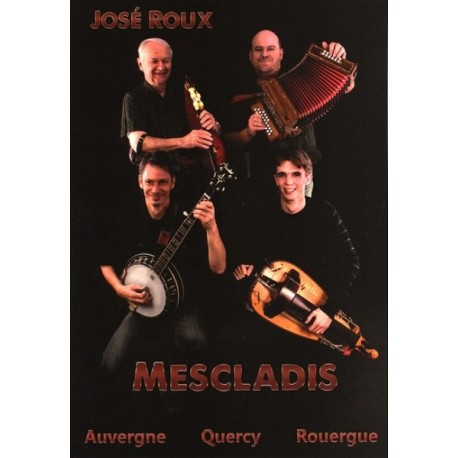 A book with music including a CD by the known French bagpipe (cabrette) player José Roux. For this project he is joined by Paul Grollier on accordion, Philippe Parant on banjo and Lucien Pillot on hurdy gurdy. They play their versions of thirty six (traditional) instrumental compositions from the Auvergne, Quercy and Rouergue. Played in traditional style and in such a way that musicians who want to learn the tunes can play along by using the booklet if they like, or by listening and playing. Four masters at work, but don’t expect a modern or innovating approach. This is the good old fashioned style of traditional music
© Eelco Schilder